Would you buy a new Chevrolet from a guy who only drives BMWs?  What about taking marriage advice from Newt Gingrich?  People void of credibility in a particular area or void of concrete examples of proof of concept aren’t always the best to be following.

Same holds true of advertising and PR agencies when it comes to social media.

I know that of the nearly 50 agencies that we represent on the RSW/US business development side of our world, maybe 25% (if that) are active in the social media space.

Like many agencies, the problem they face is they start their program and then fail to keep it going.  So does this suggest that they see little value in it – yet still sell it to you – or is it they simply don’t have the time and haven’t found the adequate resources to support the effort?

Either way, if the agency isn’t walkin’ the talk, then you might want to consider an alternative if they themselves are trying to sell you hard on the value of social media.

I was in a conversation yesterday with Media Logic, an agency in New York, and they have done an outstanding job of maintaining a solid presence in social media on their site (www.mlinc.com).  The site is rich in value-added content, its kept up-to-date with thought posts, and the navigation of the site is simple and easy to use.

David Schultz, the principal of Media Logic said they do it because they believe in it – and after all, he said, if we’re not walking the talk, then why should a marketer believe we’ll do the same for them.

How true it is.

So, what does this mean for me in my next agency search?

Next time you’re looking for a new agency that plays in the digital and social space, spend some time to get to know how they live in their own world – or make sure whomever is managing your search probes for this kind of information.  If they aren’t walkin’ it…you might want to consider walkin’ yourself. 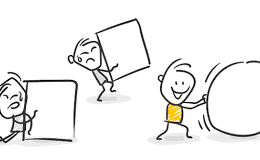 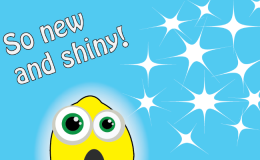 3 Things To Be Thankful For