ANA Says: Embrace Who You Ar-by’s

ANA Says: Embrace Who You Ar-by’s 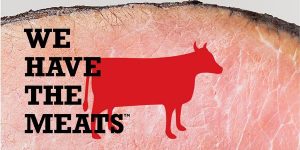 Rob Lynch, CMO of Arby’s gave an inspirational (and rather humorous) speech at this year’s ANA suggesting that every marketer, agency, and supplier needs to embrace who you Ar-by’s (I actually made up the line…he just gave the great speech)!

Arby’s has long drifted, all the while trying to find its identity…trying to be someone they are not…presenting themselves one way in their advertising and not delivering in-store.  Like Sears did back in the 80’s when I was at DDB Needham.  We created great looking ads, but the stores still were an awful experience.

Rob Lynch, an ex-P&G marketer was presented with an opportunity to take over the helm at Arby’s and was all over the chance to turn the ship around.

But instead of doing what all his other predecessors had done in the past, he brought the brand back to its core and dramatically turned around what looked like a sinking roast beef sandwich.

Rather than focus on “the hot new sandwich” or creating cool promotions or relying on price to drive the day, he embraced what people really loved about Arby’s: The Meat. It wasn’t long after this exchange, that Rich and his team decided that they needed to sell what they do best – sell great cuts of meat.

“We Have The Meats” was born.

Embrace your own Ar-by’s.  Take a look at the core of what your brand represents.  One of our agency clients calls it, “The One Thing”.

It will all come.

It did for Arby’s.

Is your agency the embracing type?