When NOT to Include the Incumbent Agency

When NOT to Include the Incumbent Agency

There’s nothing tougher on an incumbent agency than deciding whether or not to participate in a search that their marketing client is initiating. 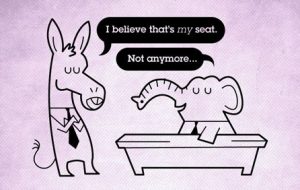 Actually there is one thing that is tougher…being told you’re not going to be included in the review.

Although, if I were an agency I might argue that I’d rather be told that I’m “out”, than be strung along or given a false sense of hope – just because you (the marketer) “feels bad” about not including me, the incumbent agency, in the search.

So what do you do as the marketer?

When should you consider including the incumbent agency in your search?

I just sat through a search where it seemed pretty clear from the get-go that the marketing client had no interest in hanging on to their existing firm, yet they gave them a chance anyway.  Not a good way to go.

You can be honest with your firm..tell them that the chances of winning are very low – but if they want to make a run for it, they can.  This way they know and can start looking for your replacement if they decide to not participate.

Here are some reasons why NOT to include the incumbent agency:

Persistent service issues – if this is a persistent issue, it’s not going to go away.  They might fix it in the short-term, but it’s likely to rear its ugly head again.  You’re either too small an account for them, or the agency simply doesn’t care.

Not keeping you ahead of the digital/social curve – again, either the agency doesn’t have the chops, they aren’t terribly proactive in managing your account, or they think you’re not big enough to concern themselves with.

Now that said…you as the marketer, need to ask yourself the following:

Have you given them the opportunity?

In a recent search, the agency had historically been shut down whenever they talked social or digital.  That was until one day when the CEO decided that he needed to be deeper into the digital space.  So now the incumbent’s lack of visibility in this space became an issue.

So please, be honest with yourself on this one.

Business not performing – if business is in the toilet or on the decline, the agency is often the first place a marketer looks.  And that’s fine – especially if what they’ve been doing isn’t moving the needle – either from a business standpoint or an internal motivational standpoint. If bringing a new agency on board can help rally the troops, that alone can be a good reason to look.

There is one final reason why an incumbent should not be included in a search and that is because it can tend to not be very motivating for the other agencies.

I’ve seen (and I’m sure agencies have seen) too many situations where the marketer ran a search to basically do his/her due diligence.

It can also exclude some pretty darn good agencies who choose to not get involved when the incumbent is involved.

So think carefully – not only about how it’s going to affect the incumbent – but the kind of impact that it could have on your search.